Week of December 17 through the end of the year

It's the holidays, which means lazy car salesmen have given up for the year and I'm lucky if I even get called in for a full day of work. It's OK, I have a new arrangement with my Mortgage company that I can start paying in good intentions. 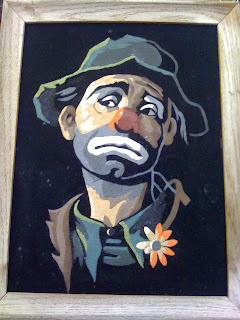 ROAD TRIP!!
I abandon my day job to jump in the GMC 2500 and roll out to Colorado to go get a friend's new racecar.

Cleveland to Denver is 1,331 miles, over all, the trip with stops would take about 24 hrs. So it's up real early to get on the road.

Our first stop for the night was in Keamey Nebraska, I'd like to have something to say about it, but we got in at night and left early.

Somewhere along the way I came along a vending machine that sells obvious.

That possibly hot mess behind us, we continue on through out the day entering the dry scrub of western Nebraska and then south west into Colorado. Then something magic begins to happen.

Off in the distance the horizon begins separating from the clouds. 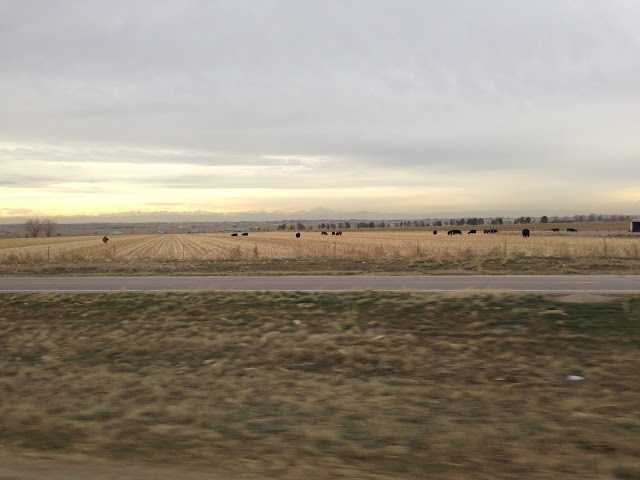 Now almost two days into the trip, the Rocky Mountains loom into view. 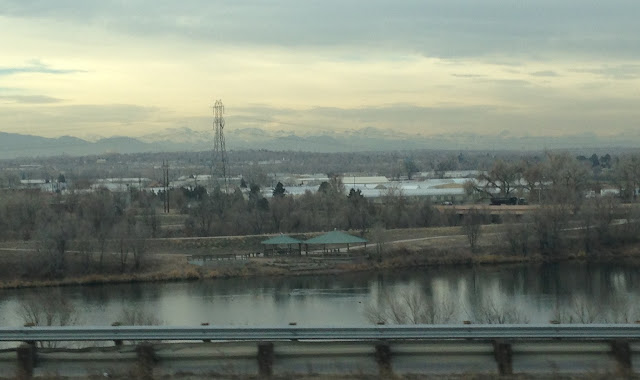 By the time you get into the Denver suburbs you can see the snow caps and the sheer size of them starts to become apparent. Also by this time you are at over 5000' above sea level. the air is so delightfully crisp and thin, just like being in a plane.

We hit the hotel in town to dump our stuff then it's off to load the car.

It's a First Generation RX-7 running SCCA E-Production. This is one of the top of the heap for full amateur closed wheel. Beyond this is GT category and the Pros.

Once the garage is emptied and the seller has his check we head out for some visiting with the chief's friends (the seller was one of them), and then it's well past time for bed. 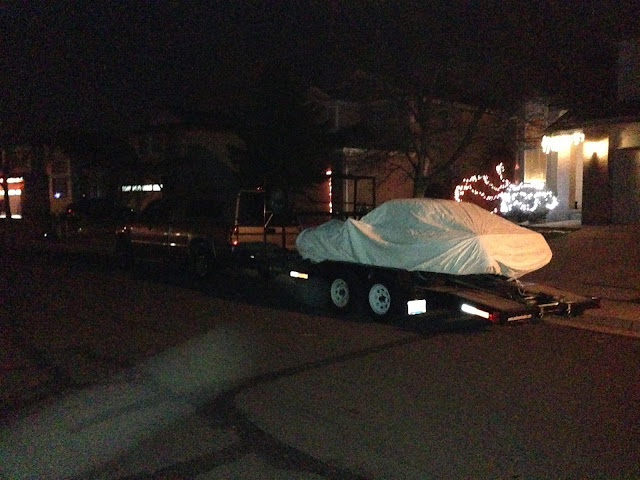 In the morning there's a surprise out the window. The dark mountains that blocked out the sun so early the evening before are now glowing with golden hour morning sunlight.

After breakfast we check that we still have a racecar and then it's back on the road home.

We quickly rock through Nebraska and Iowa (75 MPH speed limit!) but by around Midnight it's time to stop and we end up in Davenport RIGHT on the Mississippi river.

The Blue arrow is where we stayed. the parking lot is maybe 12 feet above the river surface. The red arrow indicates the down hill road we had to use to get to the hotel, In the dark, late at night, after driving all day. We really hoped the brakes were in the mood to work.

All the places we stayed were great, but the Holiday Inn Express here in Davenport was the nicest with some great folks at the counter, also it was like $75 for a double queen on no notice. SCORE!

Oh yea and they had a machine that poops pancakes.

After eating robot feces pancakes we check the car again and then it's off on the final run back to Ohio.

At 7pm on Sunday we end up finally back in Cleveland to unload a shiny new present a week early. Four days, 2, 662 miles, way too much junk food, one actual meal, and back to work on Monday!

Posted by Mike Zaite at 5:33 PM No comments:

It's late I Know! I'll explain why later.

Posted by Mike Zaite at 8:47 PM No comments: